Home / Read - Vegan Psychology / Living as a Stranger in a Stra ... 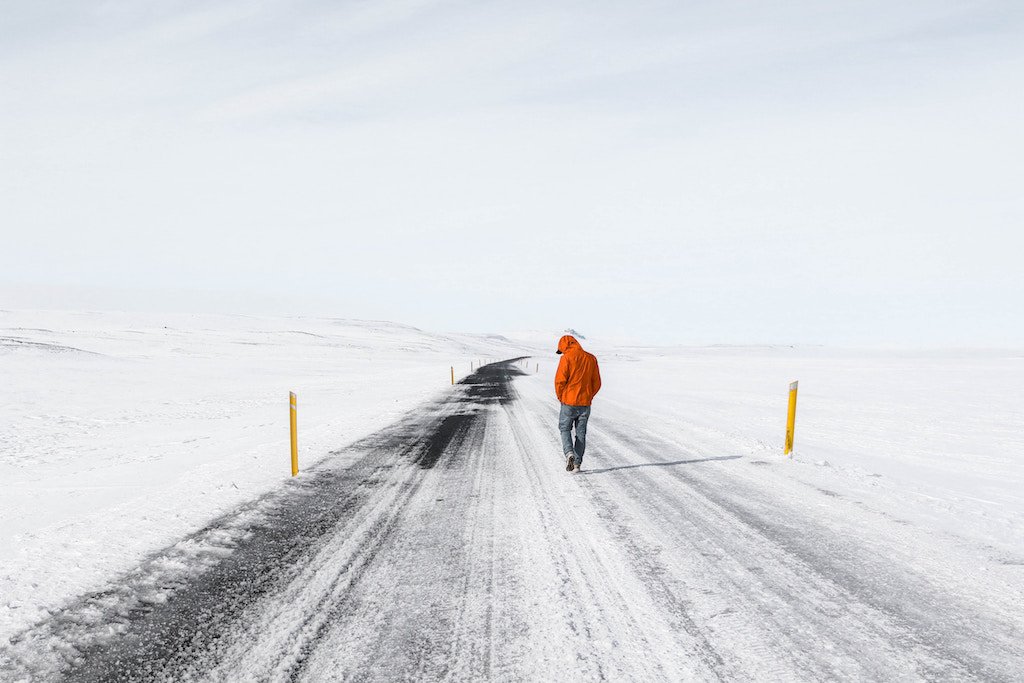 Living as a Stranger in a Strange Land

When you become a vegan, you run a high chance of developing a mental illness. This might seem extreme and enough to make non-vegans avoid talking about the subject, so let me clarify what I mean. Firstly, someone who adopts a plant-based diet and calls themselves a vegan is unlikely to suffer in the same way, apart from friends and family calling them as fussy eaters. It’s the person who becomes vegan after discovering that approximately 150 billion animals each year are killed across the globe to maintain our lifestyles. These ethical vegans have seen videos of animal factory farming, slaughter, animal testing and more and deeply empathise with the suffering of these innocent creatures. Their distress is then compounded when they see what other people are capable of doing to animals and the cover-up that the vast majority of the world are blissfully unaware of. As a result, they think, feel and act in ways that result in clinical anxiety, depression, self-harm, paranoia, eating disorders, dissociation and post-traumatic stress disorder (PTSD).

Why do these ethical vegans suffer so much, when they only want to live a more compassionate life? Instead they end up feeling miserable and angry at the world. A couple of analogies might give us a glimpse of the vegan’s world.

1. Waking up in a Foreign Country

Imagine waking up in a foreign country. You’re not sure how you got there but you wake up and everything is different. The road signs don’t mean anything and the shops in the street are only recognisable by what they have in the windows. Other people go merrily on their way, speaking in a language you don’t understand and they don’t seem to notice your discomfort. Everything’s familiar in one way and yet it’s like being on another planet. You don’t know what to do so you try to find someone who speaks your language. People either laugh at your accent and desperate attempts to be understood or laugh at your clothes, hairstyle or outdated phone. Then you remember your phone and are relieved because “Google’s Your Friend”, right? The battery’s flat and your charger doesn’t fit in the wall plug. Now you start to get really scared. You try to buy food by pointing to what you want but the shop assistant doesn’t accept the money you have in your purse.

If you’ve ever visited overseas, you may have felt disorientated but you can live with it because you’ve chosen to go on an adventure. You have your phone, a direct line to friends on social media and most people speak English anyway. But imagine, not being a traveller nor on holiday. In a split second, you panic thinking, “Oh my god, what if I never get out of this?”

If this happened to you, what would you feel? It’s likely to be:

And as time went on and you’re afraid you’ll never seeing your friends and family again, your panic would increase. One day you recognise someone and rush up to them, saying, “Thank God!” only to be shrugged off and hear, “What’s your problem? Do I know you?” Now your despair would turn to grief, loss and a fear you’ve never felt before. The isolation and panic would be unbearable and the more you tried to get people to understand you, the worst it would become as they become angry, telling you never to speak to them again. What has happened to your world?

If you can imagine this, you’ll catch a glimpse of what it’s like for someone who’s become vegan because for them the world they knew has become alien. Maybe you don’t have to imagine it because you’ve experienced a very similar thing. You may be experiencing it right now. This level of despair is felt by vegans who have found out about the enormous level of animal cruelty in the production of food, clothing, entertainment, testing on animals for makeup and household products and more. It’s not the same for someone who’s on a plant based diet for whilst they might be laughed at for “fussy eating” they they’re not continually traumatised by the animal abuse that silently underpins our everyday lifestyles and other people’s collusion with and refusal to talk about it.

If you’re a vegan and struggle with the pain of knowing what happens to animals, perhaps your world before was ok with the normal ups and downs. Then one day your eyes were opened and everything changed. You no longer see meat on a plate but a living creature begging for its life. Milk or cheese brings up images of a mother cow bashing her head against a crate desperately trying to reach for her newborn calf which has just been taken away so their milk can be stolen for people to drink. The leather couch which was comfortable before is the skin of an animal and every time you see the hand-wash in the bathroom at work you hear rabbits screeching as it’s tested on their eyes. The horror story continues and gets worse when other people dismiss, undermine or laugh at your sensitivity, saying, “Surely it can’t be that bad? The Government would never allow it!”

2. Emigrating to Another Country

Very few of us would ever experience living in a different country with no contact with the outside world, but we can probably imagine it. However, a lot of people emigrate or go to live in a different part of their own country. Imagine doing this and your friends and family refuse to visit. You tell them it’s like paradise, the weather’s better, the air cleaner and the lifestyle’s healthier. They make excuses why they can’t visit and if you push them too hard say, “It’s not all it’s cracked up to be! You’ll realise that one day and want to come back”. You tell them you used to feel this until you moved. Still they refuse, say it wouldn’t work for them and that they’re too old to change. You tell them that by staying where they were born, they’re actually adding to the destruction of the planet and behind closed doors a lot of suffering goes into supporting their lifestyle. Now they get angry, refuse to discuss any aspect of your new life and ban you from talking about it when you see them.

A lot of people who have physically moved experience something very similar. Perhaps this is because when you leave you’re saying, “somewhere else is better”. Even if you’ve moved for work or practical reasons, the silent message says that what you’ve have left behind is not as good as what you have now or else you would return. This means that their choice to stay is not the best one and people resist this.

Vegans experience something very similar when they tell their family and friends that they’ve become vegan. Despite the evidence of the health, environmental, animal welfare, ethical, economic and spiritual benefits of being vegan, people still resist and many refuse to even visit their world. That is why many vegans end up feeling so lost, alone, angry and misunderstood and often suffer from a range of mental health issues including anxiety, depression, grief and suicidal thoughts. 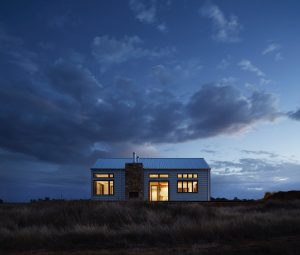 Can a vegan ever feel at home again living in a non-vegan world? My experience of working with the psychological trauma of vegans navigating this strange land, is that it’s possible to create greater ease and enjoyment living alongside a non-vegan world. The vegan will never accept or be neutral to what happens to animals behind closed doors but they can find a way out of their anxiety, grief, isolation and despair.

People who migrate or move to a different part of the country, typically do things that ease their sense of isolation and disorientation. They usually:

The analogy of emigrating or moving to an unfamiliar place can be helpful to vegans who also need to create a sense of stability, predictability belonging and connection with like-minded people. Vegans who don’t make friends they feel truly understand them and avoid addressing the pain they feel, risk becoming anxious, depressed and suffering from more chronic forms of mental illness.

Make sure you eat healthily, exercise, rest and have regular down-time. Remind yourself you are an example to others of how good it is to be vegan.

Surround yourself with people who share your values and understand how you feel because they have or are experiencing the same thing. Seek their help when you need to talk through your difficulties but avoid people who are negative and make your feel worse. Learn to listen and help others and together find positive ways forward.

Learn to talk about what is important to you in a way that gets people saying, ‘That’s interesting. Tell me more!” Keep an open mind, ask questions and listen to what other people say. Avoid criticising people, instead partner with them to talk about how most people don’t want to abuse animals, trash the planet and mistreat other people.

4. Focus on creating a vegan world

Avoid focusing on how awful the world is and feeling powerless to change it. You don’t have to change the world by yourself. You have to change your world and in doing so, you become the best example for veganism. Focus on what you want the world to be like and donate one healthy, happy, open-minded and generous person to the cause – you!

5. Take action to improve the plight or animals

Decide what’s the best form of advocacy for you. You may work directly to uncover cruel practices going behind closed doors, write letters to MPs or papers to increase people’s awareness or volunteer at a shelter or vegan outreach. You don’t have to do everything nor burn yourself out. Find an outlet where you feel you are contributing and are part of a growing group of vegans taking action around the world.

6. Be nice to yourself

Don’t criticise yourself because you think you should be doing more or feel guilty if you have moments of happiness whilst knowing animals suffer so much. It doesn’t help the animals if you are miserable. What does help them is looking after yourself so you can be their voice over a long period of time.

This original article was edited and originally published in the second issue (March/April 2017) of The Australian Vegan Magazine. This magazine is intended to reach both vegans and non-vegans through the latest news and research, hard-hitting issues, vegan celebrity interviews, animal welfare stories, and loads of other vegan lifestyle features. This magazine is available throughout Australia and more information about the publication and a list of outlets can be found at http://www.tavm.com.au 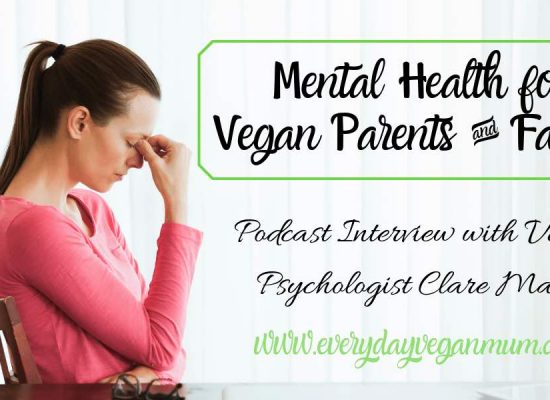 How to Parent a Child with Vystopia

Seeing your child suffer with vystopia is doubly painful. You don’t only have to... 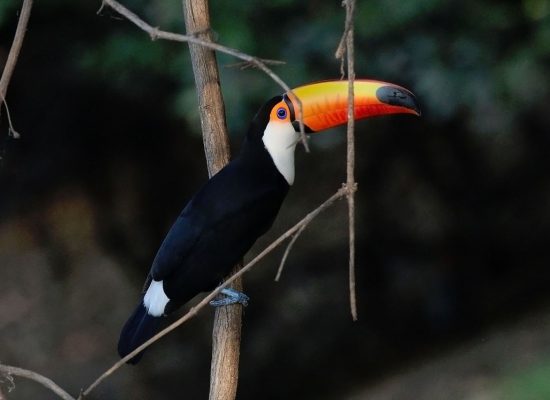 Breaking through Vystopia to Create Powerful Change for Animals

In this interview with the animal rights campaign group ANDA in Brazil, Clare Mann... 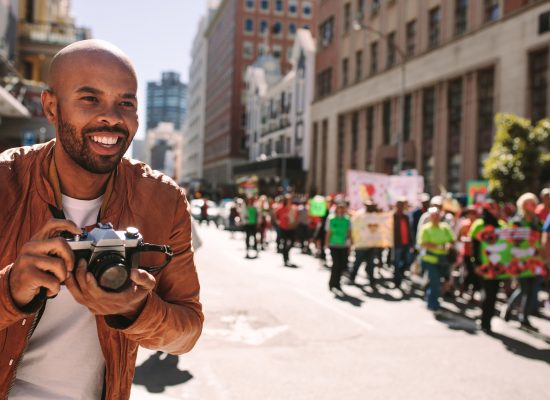 Can you be a happy animal activist?

In 2018 I attended the 2018 Animal Rights Conference in Los Angeles. Over 1300 people...
← Is Veganism the Latest Conspiracy Theory?
Do You Suffer From Vystopia? →