When you became vegan, did you get a rude shock about the world?

The discovery of systematised animal cruelty can lead to guilt, shame and anger at how this has been allowed to continue for so long. It can also lead to frustration and despair when others refuse to listen to the facts, deny the truth, and refuse to even consider change.

In this recent podcast on the UK-based Carnism Debunked platform, George Martin and Clare Mann discuss the anguish of being vegan in a non-vegan world and how to develop the tools and techniques to influence others to change whilst taking good care of our physical and psychological health.

Listen to this podcast: https://www.youtube.com/watch?v=qun8Oe_VKqk&t=546s

Check out this podcast to gain support and learn even more strategies to be a powerful voice for veganism and animal liberation. 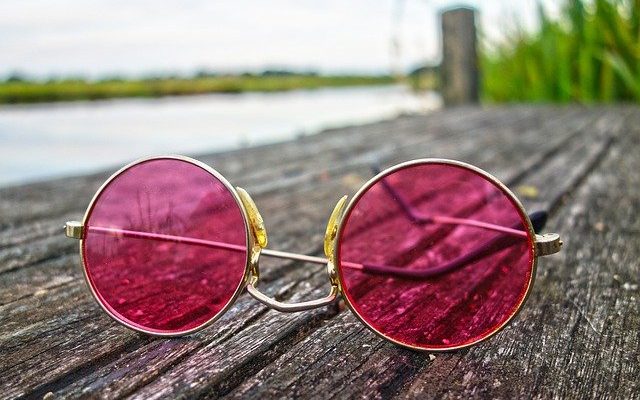 We all come into veganism through different paths - mostly ethics, health, or environmental concerns. However, once we become aware of the ethical imperative of veganism, our lives change.

We see things we didn’t see before and the polarised position between veganism and carnism becomes stronger. As vegans, we have a dilemma.

The more we try to get the other to see our perspective, the harder it seems. Why do these entrenched positions result?

You see, it’s not only vegans who bring their values to the dinner table.

Many of our values and beliefs are learnt from our families, society and others, and social norms exist which reinforce their legitimacy.

People interpret labels as having certain attributes, without asking any more questions. Stereotypes and assumptions about vegans exist as much as assumptions about Liberals, Republicans, Socialists, Capitalists, allopathic medicine and complimentary medicine.

Labels of Veganism or Carnism also exist, with assumptions about the meanings behind them, and yet we tend to overlook our deep-seated beliefs, in favour of what appears true for us.

The vegan who has discovered the real costs behind our every day choices finds themselves in deep anguish when others resist finding out more, or changing.

Our conflict is described by Vystopia: “The mental anguish of discovering the systemic abuse of animals in our society, and the non-vegan’s trance-like collusion with a dark and dystopian reality which they are unaware of.”

The next logical step is to question more. “If I didn’t know the extent to which animals are exploited, then what else don’t I know?” When we ask this question though, we are told that we are conspiracy theorists.

Behind every ideology, there is invariably a distinct lack of questions about an individual's unique interpretation of everyday meanings. Think of a non-vegan who raises their eyebrows and with unchecked assumptions says, “Oh, you’re vegan!”

Where might we do that in our own lives? Where are we, at this moment in our history, jumping to conclusions, allowing others to choose for us, and only accessing information from sources served up to us? And on that basis, how are we judging others who don’t follow that line of thinking?

Many people tell me, “The vegan moment is over!” However, did a movement ever really exist? Definitely, we see more plant-based food products available, and demand has increased.

But with all the challenges and turmoil of the past two years, I don’t think we have seen an increase in empathy and compassion for other people’s plight.

Whether a person is vegan or non-vegan, and especially if their values and choices contradict our own, the empathy and compassion many of us have held for animals is absent for humans.

We thought we had something in common with others vegans, making choices that reduce animal suffering. We are now discovering that veganism, as a label, only says that people don’t eat animals – not that the philosophy of our lives is the non-use and non-exploitation of animals, whether human or non-human.

Compassion for All Species

There an opportunity now for vegans to step up and embrace what it’s really going to take to create a world without any exploitation or initiation of violence (Agorism), for all beings - not just select groups such as non-human animals.

We have people who resist our veganism and won’t change immediately. Is it a form of violence to immediately to attack their choices (without further investigation), or to attribute their choices to selfishness, laziness or their tastebuds?

What if their resistance was more about them struggling with their own labels - labels that are intricately linked to their identity? What if giving up their current lifestyle or choices challenges them in ways that causes identity loss, or fear of the non-acceptance of those they value? We know what that feels like.

Can we become better advocates for non-exploitation by choosing to see them as good people making bad choices? And could we reason that behind those choices is not selfishness, but more deeply embedded social, personal and cultural norms?

How to Influence Change

A couple of years ago, during a Cube of Truth in Sydney, I reached out to a woman who was horrified by what we'd witnessed in a video on factory farming of pigs. As I explained the systematised, normal and institutionalised cruelty of factory farming, she bargained with me, distressed that surely what she saw was not the norm.

As she saw more footage, she realised how her own food choices were contributing to this suffering. She asked, “But what can we do?” I educated her on what veganism was and how, by making different choices, we no longer finance those industries and align our espoused values with our actions. She then become troubled saying, “I will have to think about this and decide what to do.”

On the face of it, I could have concluded that she was too selfish or lazy to change. Instead, I said, “You are horrified by this footage and believe it is wrong. You now realise that you can make different choices to not support this, and yet you want to think about it. What’s going on?”

She said, “Yes, I see the whole picture. However, my marriage is on the brink of collapse. My husband is Italian and his close-knit family criticise me for not cooking traditional foods or following many of their traditions. I can only imagine what will happen if I now become vegan! By becoming vegan, my marriage is over and my children will suffer.”

I replied, “That’s really difficult, and yet I can see that today something has changed within you and you can’t undo what you now know. Something tells me that knowing and continuing as you have is going to cause you problems.” She agreed and I invited her to return to the Cube to gain support in making this transition.

It's so easy to judge people for their choices, but closer examination of their social and personal values, beliefs and circumstances paint how change is often more complex - and related to many other choices and consequences.

Where are we unaware of how our own social and cultural myths - our unquestioned assumptions - close our minds off? How are we limiting ourselves from discovering where we too might be inadvertently part of a dark and dystopian reality?

Things happening in our society are not as clear-cut as we might believe. Are we under the false illusion that veganism means we have one-hundred percent in common with other vegans?

In this context, there is no vegan movement within which all vegans exist… just a false illusion that veganism is growing so much that it will become the norm, in the same way that non-veganism is currently the norm. Before we became vegan we had not not fully opened our eyes or chosen our values meaningfully. Instead were told, “This is normal,” or, “There are no questions to ask.”

How can we break through our own trance-like collusions with beliefs or actions that we are not fully choosing? In our lifetimes, things we thought were norms will change. Think of technology, or power structures on this planet, or even our understanding of reality. All of these can completely reshape what we consider normal.

The key is to live in a state of questioning and not to think we have the answer.

This may sound simple, but it’s much harder to do in practice. Our unquestioned assumptions (both conscious and unconscious) keep us from discovering a broader picture. Perhaps, when we became vegan, we couldn't believe we didn’t know something. Developing the practice of constantly questioning might set us on the path of creating solutions to our current societal problems, just as veganism is a solution to ending animal cruelty.

To examine the power of social and cultural unquestioned assumptions (myths) check out my free four-part video program: Discovering How Myths Influence Our Choices 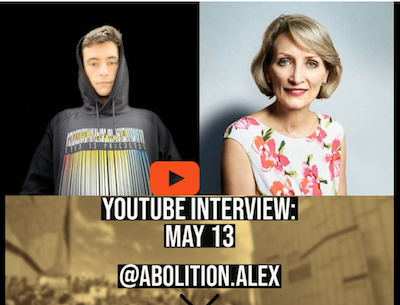 Alex Baier is an animal rights activist in the US who takes every opportunity to speak out for animals. When he’s not taking to the streets showing video footage to the public, or joining a vigil, he interviews people all over the world on his channel Abolition Alex about how we can act every day to bring about animal liberation.
In this episode, he explores with Clare Mann what’s really behind the anguish of being vegan and how we can overcome our vystopia through massive action for change. Topics include managing non-vegan doctors and the psychology of veganism.

Do check out the other episodes: https://www.youtube.com/results?search_query=abolition+alex