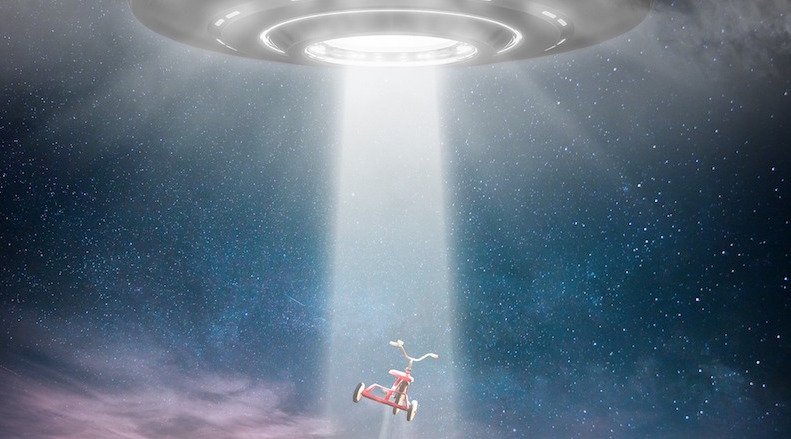 Is Veganism the Latest Conspiracy Theory?

When I embarked on the Australian Tour of the new smartphone App Vegan Voices, I anticipated collaborating with vegan around Australia to collectively create a vegan world. I was encouraged by the positive energy and connections arising out of the tour and I’ll share with you later how Vegan Voices enhances this potential.  However, unanticipated learnings arose from the tour which offer both a challenge and an opportunity. 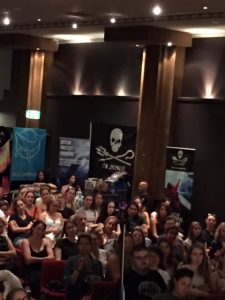 The tour began on World Vegan Day for the official launch of Vegan Voices Smartphone App.  The App comprises 30 days of free video training on how to communicate veganism as well as share resources. Attendees at my talk ‘Thriving as a Vegan’ were encouraged to develop a positive mindset and enhanced linguistic mastery when talking about veganism, two essential ingredients if vegans are to share the positive benefits of veganism for animals, the planet and people.

In discussions with vegans whilst on tour, a key theme kept emerging, particularly amongst those new to veganism.  These individuals, although relieved to have found people with similar values and support for their journey, kept saying, “I can’t believe I didn’t know of the ubiquitous use of animals in our society!”  “How could I have missed the fact that 7 billion humans use and kill approx. 150 billion animals each year and yet it’s hidden from us?” “What else don’t I know?”

Discussions then continued, some well into the night on this question, “What else don’t we know?”  People were almost unanimous in saying that no longer could they criticise things like alien sightings or other unexplained phenomenon, to date labelled as conspiracy theories.  Their eyes had been opened to speciesism and assumed superiority of humans and yet it had previously occurred, yet they were unable to see it.  Maybe vegans are like typical conspiracy theorists, frustrated that others can’t see unusual phenomena, yet imploring others of its existence?  Once labelled a conspiracy theory, it’s easy for the non-believer to ridicule and dismiss the new and challenging information.

The question of ‘What else don’t we know?’ raised by new vegans appears to mask the real concern that their everyday existential safely in the world has been shaken.  Far from thriving, these new vegans were depressed at the enormity of unveiling of reality and the implications for every area of their lives.

The theme of the Vegan Voices Tour was ‘Thriving as a Vegan’ and I opened each talk with a question, “Do you feel you are surviving or thriving as a vegan”?  Few said they felt they were thriving, with others either surviving and feeling defeated with every new expose on animal or environmental abuse, or managing despite the challenges.  Those that declared they were thriving had created a series of rituals combining self-care and strategies to maintain a positive mindset.  Self-care strategies comprised things like yoga, meditation, walks in nature, proximity to animals and social support.  Everyone said that they wanted to improve their skills in communicating veganism, especially when others resisted, criticised or ridiculed the message.  The question is, ‘How do you become part of this social justice movement and enjoy journey so it underpins your life, rather than feeling your energy is spent defending yourself and countering attacks?  In short, how do you learn to thrive?

The Keys to Thriving as a Vegan

There are two key things you must do to thrive:

These two things go hand in hand.  You can master all the tools and information to share with others but without the skills to handle difficult conversations, you will find yourself stressed, defeated and critical of others.  To become an exquisite communicator of veganism you must create a mindset that reflects your desire and the unrelenting belief in the reality of a vegan world.

Neuroscience is now catching up with what many of us know intuitively, that in order to be credible and to get better outcomes, mindset and actions must be aligned.  You cannot hide a negative mindset behind a smile, so if you are negative and feel powerless, it will undermine the effectiveness of anything you communicate about veganism.
[adrotate banner=”3″]

Drawing on lessons from neuroscience, I implored vegans to create a powerful vision of a vegan world in their minds and experience the positive emotions they anticipate feeling when this comes about.  Neuroscience highlights how neural pathways become deeply engrained by a combination of thoughts, feelings and trigger reactions.  By focusing on the rewards of veganism rather than an escape from the pain of knowing about animal abuse, new neural pathways are developed which trigger more positive experiences.  Vegans, in turn, emulate an energy that encourages people to want to know about veganism, rather than feeling they are judged if they are not vegan.

Your thoughts, feelings and experiences are intimately linked.  When you feel something negative, the stress hormones adrenalin and cortisol are released into your system and you feel negative sensations in your body.  When you feel this, you label it saying something like, “I feel awful, angry or disgusted”.  That triggers more thoughts which release more stress hormones and this interaction results in labelling the emotion where you say, “I am angry or defeated” (or another label).  Over time, the relationship between your thoughts and feelings becomes so intertwined and automatic that the body remembers it and it becomes a habit.  The slightest trigger or association with the initially provocative information automatically results in a negativity and labelling of yourself as e.g. “angry, resentful or depressed”.  When you see, hear or think of something related to this topic, before you know it, you feel all the emotions as if you were experiencing the original provocative event.

The same thing happens with positive emotions.  This time, happy hormones are released. Dopamine, serotonin and oxytocin and you feel hope, safety and trust.  In short, whatever you spend your time thinking and feeling, creates your personal reality and to your change this, you must change the thoughts, feelings and actions that are recognisable as you over time and situation.  I encourage people to learn to meditate, visualise and experience the positive vegan world they want to create to facilitate this process.

Communicating veganism can be challenging, because people think you are directly criticising their lifestyle and choices and they resist that more than the reality of where their food, clothes, cosmetics and other consumer goods come from.   Vegans must learn key skills to successfully have difficult conversations and practice them until they are automatic and they feel comfortable talking about “All things vegan”.

Vegan Voices is a new Smartphone App containing 30 days of FREE video communications training for vegans.  When you download this app, each day you receive a short video direct to your phone, teaching you specific skills to respond to typical issues vegans face.  Once you have grasped the best way to talk about a specific issue, you can practice the skills demonstrated in the video.

The Resources Section in the app contains links to videos, articles, books and other materials to send directly to other people to support the conversations you have.  Vegans are encouraged to add any resources they find useful in communicating veganism, to help vegans around the world get the word out.  Vegan Voices is available in iPhone and Android and is a growing resource to equip vegans to confidently communicate veganism and thrive as they usher in a more compassionate and healthy world.  Vegans can add their own resources to help vegans around the world spread the message.

DOWNLOAD the Vegan Voices App to your phone now: http://vegan-voices.com

The tour taught me that thriving as a vegan entails more than self-care, mindset shift and communication mastery.  It requires an open mindedness and questioning of what we believe that we already have the knowledge or answers for.  History provides ample examples of futurist ideas that were originally labelled as absurd. For example, Marconi who invented the radio was taken by his friends to a psychiatric institution when he said that he was ‘hearing voices’.  Most people smile at this today so as vegans who have had our eyes opened to so much, let’s expand our thinking and question everything rather than assuming we know what reality is.  Of course, in terms of vegans being labelled as conspiracy theorists, ample evidence of the mass exploitation and industrial use of animals for our benefit exists.  By aligning our mindset and communication, we can communicate effectively so others too can open their eyes and say, “What else don’t I know?”

This article was originally published in the 14th March 2017 issue of the online InTune Women Lifestyle Leadership Magazine. This issue focused on a range of lifestyle issues including health, food, meditation, yoga and philosophy.  To read this magazine visit: http://intunewoman.com 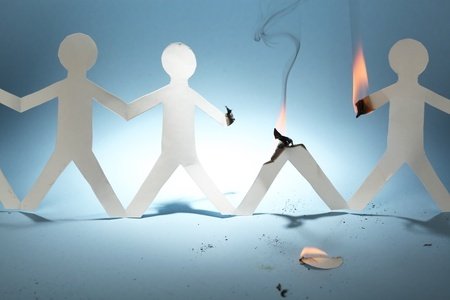 When people become vegan they are often bewildered at the strength of the resistance... 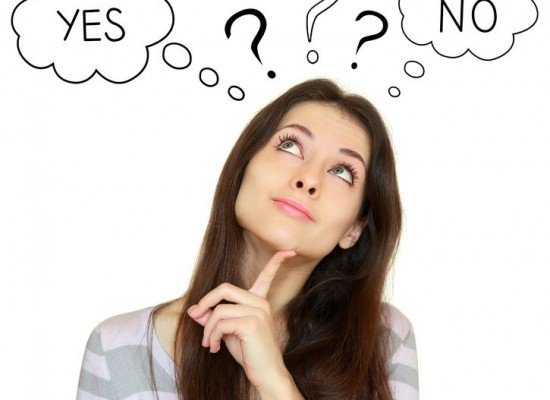 What to say when you don’t know everything

So someone asks you a question about veganism and you don’t know all the information.... 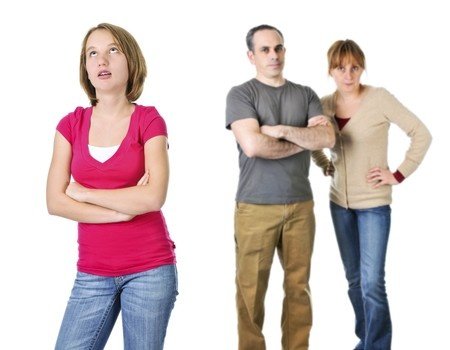 Vegans can find it very difficult to respond to the multitude of reactions they receive...
← Would I Follow Me?
Living as a Stranger in a Strange Land →