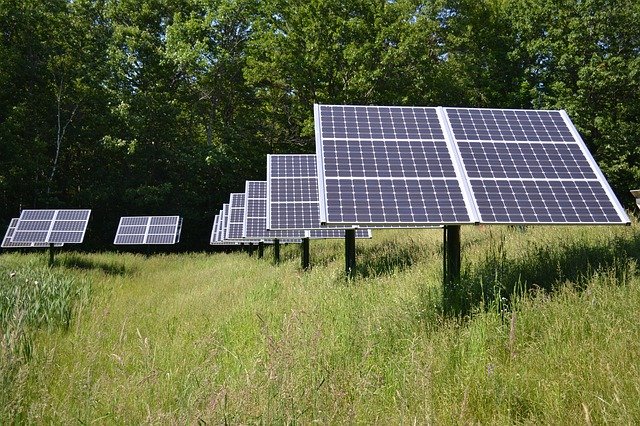 How Living ‘Off the Grid’ Brought Me Nearer to Veganism

Twelve years ago, my partner and I left Sydney for an adventure.  My partber, a social disrupter and avid believer in renewable energy use, and myself embracing the opportunity to ‘live the dream’, moved to New Zealand to build an ‘Off the Grid’ house and experience lowering our environmental footprint.   Like most plans, they don’t always work out as expected.  There are unexpected learnings along the way, much more profound than what was planned.  I entered New Zealand thinking we were doing as much as we could to live sustainably and ethically, and left the country four years later with only a couple of months left of being non-vegan.

We spent the first year building our house incorporating such materials as wool insulation, non-petrochemical bio-paints and a Biolytix converter (giant worm farm) to process sewage into brown water.  With no connection to the grid, we obtained our power from solar panels and a Pelton water turbine for generating electricity.  And with myself being a ‘vege-quarian’ for over 30 years and my partner one for eight, we believed were were living ethically with a light environmental footprint.  Our education was only just beginning.

Our first lesson was about the nature of this thing we call ‘environment’.  We soon learnt to watch the weather closely and decide what tasks we could undertake.  For example, doing the washing or running a coffee machine was alright as long as the sun was shining or there was ample rainfall to produce the electricity.  We also learnt to pace showers so if we ran out of hot water, we had to wait an hour until the sun heated enough for the next person’s shower.  Thus our behaviour changed.  Instead of showering in the mornings, we learnt to wait until the end of the day after there had been ample sun to heat sufficient water

Our first major lesson was that our usage was intrinsically linked to how much rain or sunlight fell on our property. Therefore, we learnt to live within an energy budget, unlike living ‘on the grid’ where we could use whatever we desired as long as we paid the bill.  Six months into our adventure, it dawned on us that we were not ‘in the environment’, but an intrinsic part of it and everything we did, thought or felt contributes to it.   Our attitudes, beliefs and actions contributed to this dynamic system we call environment.

Despite our early halcyon experience, it wasn’t long before our eco-bubble was burst.  Sitting around a wood-burning fire wasn’t as enjoyable when the howling of pig-hunting dogs, starved for four days in anticipation of a pig hunt, broke the silence.  We couldn’t turn a blind eye to this and set out to investigate what was going on in what we thought was a rural paradise.  My first experience of pig-dogging was holding the head of an elderly dog who had just been scored by a pig after returning from a hunt.   As I held his head in my hands through the bars of his cage, I felt my heart break as I hand fed him in an attempt at least to reduce some of his pain in minus 7 degrees of the New Zealand winter.

It might have been tempting to turn a blind eye to this suffering, duping ourselves into believing they were isolated incidents.  But we both believed that when we turn our eyes away from something we know is going on, we become complicit in the act.  So we looked further into the horror of the hunting culture and realised the agony of pig-dogs and wild pigs, both caught in the ignorance of humans who see their plight as sport.  With our eyes newly opened, we saw the ingrained nature of the hunting culture, which endorsed fathers taking their young children out to kill and skin possums and rabbits.

The Myth of of Happy Cows

As if this wasn’t enough, we then experienced first-hand on our own doorstep, the horror of the dairy industry and the grief of mother cows and calves separated because of human greed.  We witnessed a herd of mother cows crying continuously for 30 hours, their calves having been stolen from them, because the industry wanted their colostrum for human use rather than allow the calves to receive this birthright.  The silence that resulted after thirty hours of crying was the most deafening sound we had ever heard. 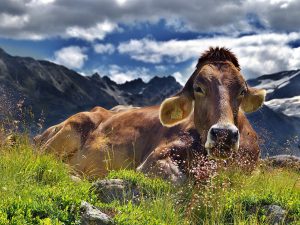 Despite this shift in our awareness and increasing determination to play our part in ending this horror, we hadn’t made the connection between our own eating of eggs and dairy with the system that perpetrates enormous violence towards animals.  Something further needed to tip the balance to make us realise that our actions were part of a speciesist reality on this planet that dictates that humans are superior to animals.  We left New Zealand four years later, our eyes opened to the hidden abuse of animals in the countryside, not realising that our biggest lesson was to begin when we returned to Sydney.

Only four months after returning to Sydney, my partner sent me a video from Animals Australia about the factory farming of pigs. As I viewed row after row of mother pigs incarcerated in cages no bigger than their bodies, their mouths and heads bloodied from incessant smashing against the bars in sheer pain and frustration, I experienced a pain I had never experienced before.  Despite twenty years of being a psychologist and having witnessed extreme pain and suffering of humans, what I saw that day was so depraved, I remember thinking, ‘I didn’t know I could hurt this much’.  As a pain arose in my chest and throat with the sheer agony of witnessing their pain and the depths to which my own species had sunk, I blacked out for 20 mins.  When I returned to consciousness, I knew something profound had changed within me.

The next month saw my partner and I change our lifestyles and stop eating any animal products.  However, we didn’t really realise people who don’t partake in using or exploiting animals were called vegans.  Like many people, we thought veganism was an extreme form of vegetarianism.  So with education and help from Animals Australia on how to play our part in speaking out for animals, we became vegan and made significant changes to our lives so as to not eat or wear animals, use products tested on them or use them in any way.  We then learnt that we are only playing lip-service to environmental sustainability if we continue to eat animals whilst piously ‘living off the grid’ believing we are doing the most we can to reduce our footprint.

Veganism is the solution to today’s environmental challenges as well as being a moral imperative of non-superiority of humans over animals.  With our eyes opened, we committed to being part of the largest social justice movement on the planet – Veganism.  The definition of veganism in this regard being a philosophy of the non-use and exploitation of animals, not merely a dietary choice of plant-based eating.

Why aren’t environmentalists all vegan?

So why weren’t we, as environmentalists seeking to live sustainably, not vegan before? Why couldn’t we see that eating animals was wrong? Animals are not there for our use but to live their own lives, free from suffering from human use.   And with one of the greatest exposes of the effects of animal use on the environment being Cowspiracy, why don’t environmentalists promulgate veganism as central to saving the planet?

As a psychologist, I am no stranger to human defences when it comes to challenging social or cultural myths.  The resistance to changing our behaviour can be very strong, particularly when such change challenges every aspect of a person’s life.  But people are waking up from the trance of human superiority and realising that we are not superior and our use of animals has similar features to other superiorities such as racism or sexism.  We are now facing one of the last bastions of human privilege – Speciesism – and Veganism is the result.

It’s a bold but true statement to say that veganism holds the answer to virtually all of today’s social, economic, health, environmental, spiritual and social justice challenges.  We must all play our part in creating a vegan world.  Every day we must demonstrate in word and action the imperative of being vegan, not with judgement or rage but compassion and leadership.

We never know when a person’s moment of enlightenment occurs and what will be the trigger for that change.  For us, it was at the end of a long series of experiences towards sustainable living.  For others, it will come through animal social justice or health.  Each of us must be encouraged that when we speak out about veganism it may be at any point in the listener’s journey to becoming vegan.  Never think your message is falling on deaf ears. Often people resist because they can’t admit at that moment what they know is right.  Sometimes, the penny drops hours or months later when they see something else and they reach the tipping point when they awake from the trance and embrace what they were born into –  Veganism.

What comes after veganism?

Several vegans have said to me, ‘If I didn’t know about the enormity of our speciesism, what else don’t I know?’ I want us all to think about this very carefully because when we become vegan, we find it hard to fathom how we never saw the exploitation of animals on such a global level.  The key message is to not dismiss anything.  When we hear people offering interpretations of reality being called conspiracy theorists, let’s challenge the extent of our own trance and keep an open mind as to what else we may not know. In the same way we can’t ‘unknow’ our veganism, maybe there are other insights we deny because we refuse to keep an open mind.

Source:
This article entitled ‘How Living Off The Grid Brought Me Nearer To Veganism’ is originally published in the July/August 2016 of Barefoot Vegan. The issue takes an environmental focus with a feature article on animal communicator and artist Linda Fisher on how her Native American focus helped shape her desire to be a voice for animals, and how colonialism has impacted Native American culture. 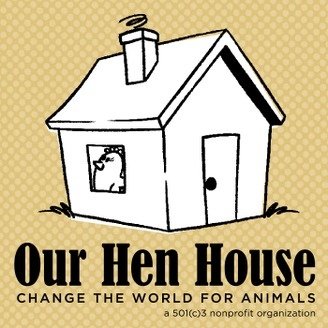 Two vegan psychologists explore creative ways in which we can usher in a vegan world,... 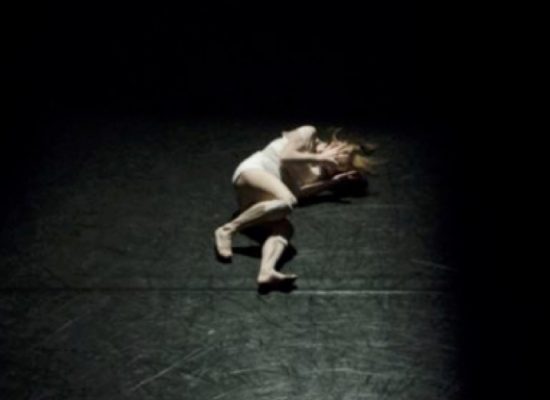 The Minimalist Vegan Lifestyle and Vystopia 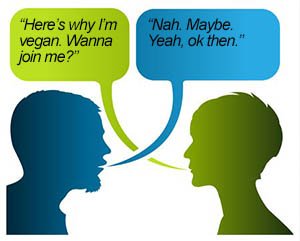 Do you ever feel that it’s too difficult living in a non vegan world?  Despite...
← Would a Sales Process Help Activists Convert More People to Veganism?
Is a Vegan Meal Really Catering to Your Needs? →