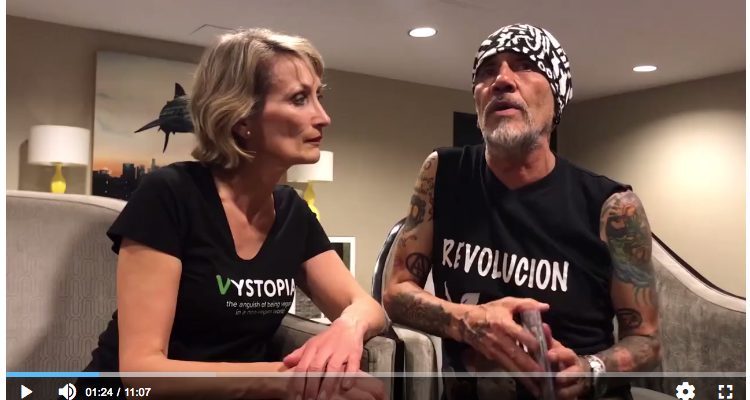 The Animal Rights Conference 2018 in Los Angeles was an inspiring event welcoming animal protection groups and individual activists all over the world to both share and learn tools and techniques to create a vegan world.

One of those activists was Chucho Merchan, a highly talented musician who was the artistic director for eight years with the Eurythmics, worked with a huge number of artists including, The Pretenders, The Who and is friends with Paul McCartney. He then became a vegan and has set up a small sanctuary in Columbia and is devoting his music and life to creating a kinder vegan world for animals. His latest album is called Vystopia! Listen to his story - it's inspiring!

Supreme Master Ching Hi's extraordinary work reaches millions of people around the globe with the message of living a kind and compassionate life.

Tools to Manage Stress as an Animal Activist

Tools to Manage Stress as an Animal Activist

In Defense of Animals (IDA) is a US-based is an inspiring animal protection group providing its members with tools and techniques to ensure they are the best voice for animals.