Over the years, clients have visited me with symptoms of anxiety and depression. Despite many discussing what they think might contribute to this, the majority of people struggle to alleviate their symptoms and are unaware of the real causes of their distress. However, vegans know specifically what is causing their distress; Knowing about the systematised cruelty to animals and non-vegan’s resistance and refusal to ask questions about what we’ve all been told is going on in the world.

This issue was debated in an Australian mainstream newspaper, The Sydney Morning Herald, and a psychotherapist and two psychologists, including myself Clare Mann, were asked the question, “Is there such a thing as vegan depression?” 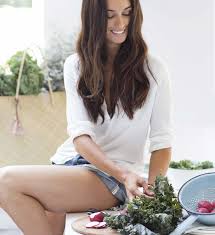 The Compassionate Road Blog: How to Live More Easily in a Non-Vegan World

The Compassionate Road Blog: How to Live More Easily in a Non-Vegan World

Supreme Master Ching Hi's extraordinary work reaches millions of people around the globe with the message of living a kind and compassionate life.